For the first time ever, the Kalix Recycling Center participated in the North Dakota State Fair Parade on July 19, 2014. The float was designed and constructed with the help of many employees and program participants over several weeks. The design incorporates plastic bottles and bottle caps to create a nature scene with trees, flowers, and birds. Captions included “20th Anniversary” noting that the Recycling Center opened in 1994, and “Recycle Now” as staff and friends walking with the float collected plastic bottles, aluminum cans, and cardboard from parade watchers.  The float construction crew and parade participants had a great time, and parade watchers were reminded that plastic bottles can be recycled at Kalix! 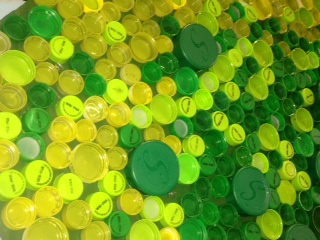 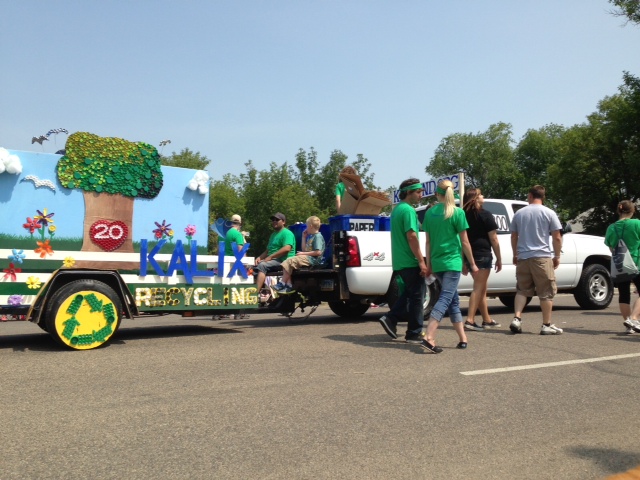 The Kalix Recycling Center Float participates in the NDSF Parade.